Guren (Japanese: 大神グレン, Ōgami Guren, Guren Ōgami) is the main character of Tenkai Knights and Tenkai Mixels. He is in possession of the core of the Tenkai Knight, Bravenwolf. However, ever since he unlocked Elemental Mode, he goes by the name Bravenwolf Tenkai Firestorm. He is partners with the Infernite leader, Flain and holds the Infernite cubit.

Out of the four boys, Guren is the closest to Ceylan Jones.

He is voiced by Johnny Yong Bosch in English and by Meguru Takahashi in Japanese.

Guren is 12 years old, has black and red hair, and blue-violet eyes. He wears a red t-shirt, and underneath is a white long sleeve shirt with his watch. He also wears blue cargo jeans with beige suspenders hanging on the sides and red shoes. His primary element is fire and he has a specialty of power when Bravenwolf.

When mixed with Flain, he has his head flames on his head (which doesn't burn his hair), wears his wristbands, and has Flain's feet.

He has a knack for leadership (though he still has to grow into the role) and tries not to show fear when facing difficult challenges. Guren is described as always having a positive attitude, and is always there for his friends, including the Mixels. He can sometimes be vain, especially when dealing with his father, who never seems to have time for him. He is very loyal to his friends, and often gets uncontrollably angry when someone puts them in harms way or threatens them. In the end, Guren always does what is right, which makes him the perfect leader for the Tenkai Knights (despite repeatedly stating that the Knights have no leader, but he does a good job at it).

Flain- Like Ceylan Jones, Flain is best friends with Guren, even when they first met when Guren first found the rainbow cubit in his room. They both have good leadership and will always work together to stop the Nixels. Flain also likes to give Guren some good advice and encourage him, like when trying to deal with his father or convince Gen to be partners with Magnifo.

Ceylan Jones- Ceylan is Guren's closest friends out of the three. He sometimes feels awkward around Ceylan, of how he is so keen on things. As well as the other knights, Guren wants to keep the team together (despite, Ceylan wanted to quit the team).

Volcanic Blast- Shoots out a violent blast of fire from his head when he gets angry or annoyed.

Lava Spill- Let's out a pool of hot lava that leaves the Nixels burning.

Fire Sport- Throws or kicks a ball of fire. 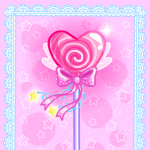